Short and sweet as I slip back in to the real world, after putting together an elementary school yearbook, making sure my daughter and her friends pulled off their song at the talent show, and assisting my child with the building of the Mission of Santa Cruz.

I am going to post a Millie version of Haiku. I was just thinking...wouldn't it be fun to post a Haiku, using only 2 5-syllable words and 1 seven-syllable word? I'm sure it's been done before, but I'd never thought to try it... 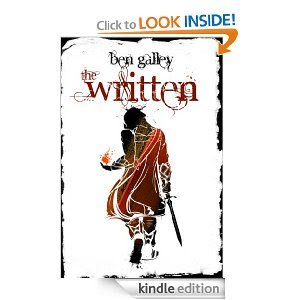 You can find The Written here.

I started this book ages ago. Then things got busy, you know NaNoWriMo, Christmas, paying taxes, kids, heck life. So it sat in my kindle half-read for quite some time. I recently have been working on my daughter's school yearbook. I've gone through so many pictures my eyes started watering and I couldn't distinguish a first grader from a sixth grader and decided to take a break. So, I finally finished reading The Written, by Ben Galley.

This story is Ben's first, but I know there's another just waiting to be loaded into my kindle. I'm looking forward to returning to the world of Emaneska to find out how the story will mature and to see if Ben's writing also matured. I really enjoyed this action packed fantasy novel. The story is unique and powerful, the characters are fully fleshed and come alive. I really wanted to give it five stars, but there were a few things that kept me from doing so. Nothing major, so it still receives a 3 1/2 to 4 star rating from me. I'm so wishy washy I can't decide which to give it. One more edit, with a little heavier red pen and this would deserve the full five stars! I felt like there were times when four or five words could've been taken out and replaced with just one. And some just didn't need to be there at all. I know, picky picky. It's just that with a story of this magnitude, those extra little words make it drag a little. But here's the deal, I did enjoy the story, and I do want to read more. That's all a person needs to know, right?

I won't bore you by rehashing what it's about. If you like magic, DRAGONS, and lots of action and suspense, go see if it's your cup of tea!


You may be wondering where I've been. I've not been kidnapped. I've not gotten lost out in the woods, all alone, and had to try to follow breadcrumbs home. I've not been in a coma for the past month. I've been slacking. But, only with my writing. All things writing have sadly had to take a back seat.

March and April just about kill me. I create my daughter's elementary school yearbook. I could work on it all year, but then it'd drive me crazy for a whole year, instead of just a couple months (so I put it off till the last minute). I don't do it entirely on my own, but I do the majority of the work. That includes taking pictures of events, begging other parents and teacher's for copies of their pictures, going through all the pictures and picking the best to use, resizing pictures, renaming pictures (if I've received them from kind folks who title all their photos with really long names), uploading pictures to the yearbook software, and so on. I'm in crunch time now...two weeks till the deadline.

On top of that, my daughter is in fourth grade, and has her California Mission project to finish. The writing portion for her is easy, done. Lucky me, she inherited some writing ability. But, we have a model to make. So, this week is finish Mission Santa Cruz. 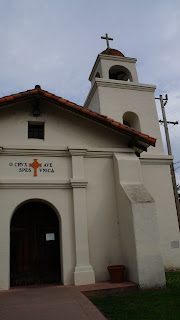 Add to that the talent show this week. And, yup, Sierra is in it. She is singing never fully dressed without a smile with a few of her friends. Too darn cute! That means 3 nights of this coming week are shot.

So, I'll keep trying to sneak a post in here or there. Just know, I'm still alive, though my sanity is only so-so.
Posted by Unknown at 8:01 AM 2 comments: